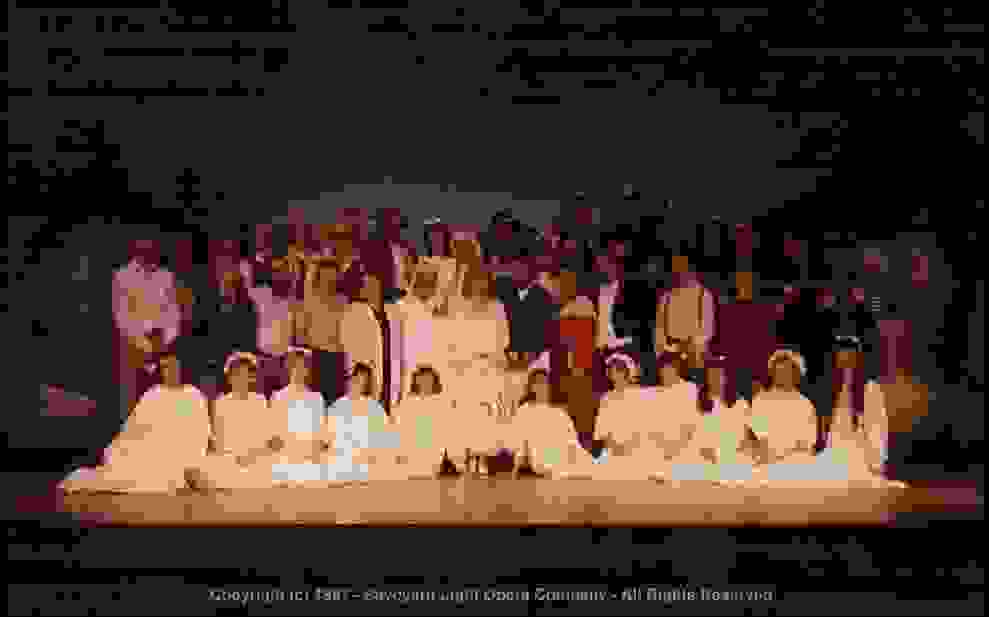 The Savoyard Light Opera Company  started in 1971 when a group of Maynard, MA townspeople produced Gilbert & Sullivan's H.M.S. Pinafore as part of that town’s centennial celebration. It was a great success and so much fun for the participants that they undertook annual productions of Gilbert and Sullivan operettas, thus initiating a tradition.  The group was know then as the Maynard Savoyards.

By 1980, with 10 productions to its credit, the group formally incorporated as the Maynard Savoyards, drawing their name from the fact that the works written by Gilbert and Sullivan are known as the Savoy Operas after the Savoy Opera House in London built by Richard D’Oyly Carte for those charming and timeless musicals. The first Gilbert and Sullivan Collaboration, Thespis, was produced in 1871.

The Savoy Theater (next to the Savoy Hotel, both named for Savoy Manor, which once stood on the site on the Strand in London) was destroyed by fire. Happily, the theater was rebuilt and opened again in 1993, where a revived D’Oyly Carte Opera Company performs from time to time.

In 1983, the Board changed the name from the Maynard Savoyards to the Savoyard Light Opera Company (SLOC), recognizing that they derived their players and audiences not only from the Maynard area but also from all of eastern Massachusetts, and anticipating the possibility the group might wish to depart from the strict canon of G&S operettas, thus infusing new blood and new musical versatility and attracting new audience members.

In 1988 SLOC moved it's performances to Carlisle, MA,  and the anticipated departure from G & S did not actually occur until 1990 with the production of Little Mary Sunshine.  Since that time, in addition to performing the works of Gilbert and Sullivan, we have presented other classic musicals chosen because of their wit and musicality.

The Company espouses the ambition to produce shows of near professional quality, featuring full orchestra.  Auditions are required of all performers, including the ensembles, and the Company has been fortunate in attracting some of the best talent in the area.

We encourage you to explore our new site and become a subscriber. In addition, stay tuned for information about our future production of The Pirates of Penzance !